He lived in England for almost nine years, where his interest and practice of Buddhism began. In late 2003 he moved to Thailand with the intention of further developing his practice and seeking higher ordination. 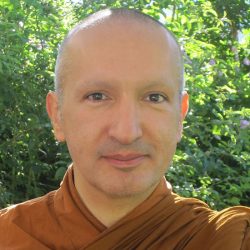