Tanja Klee was born in Essen in 1967. On a trip to Thailand during her studies, she visited Wat Pah Nanachat in 1990 and became acquainted with the practice of the forest monastery tradition. Having reached the end of her search for the “right” religion, she took refuge and the 5 precepts with Ajahn Jayasaro. After returning to Germany, she became a regular visitor to the Dhammapala Monastery in Konolfingen, later in Kandersteg and the Amaravati Buddhist Monastery in England. Since March 2022 she has been supporting the community as secretary. 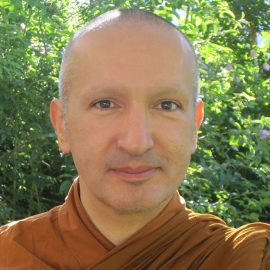